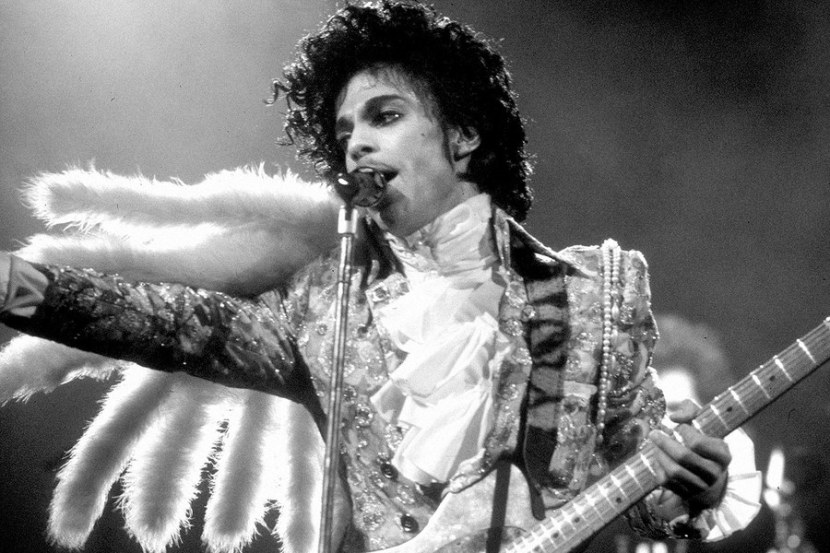 What a sad, sad day. And another sudden death from an icon that crossed boundaries, race, sex, genres, and the globe. It’s easy now to look at him and think how crazy he looked and sounded, but you have to remember this was in a time when no one looked that way or sounded that way.

He played every instrument on his albums, certainly early on. A shy, introverted man that concocted an extroverted stage persona that took him to places that maybe even he didn’t know he’d reach. And what places. The fact that a guy could take r’n’b and make it funky, take a guitar and fuse rock with them both, and all at a time when someone of his race and background just didn’t succeed off their own back. He rewrote the rules, and for a time, there was no one on the planet that was as cool, as successful, as autonomous, as funky, and as star-studded as he was. He made films (fully formed in his mind before the cameras rolled), he produced five albums of unreleased work for everything that saw the light of day, he wrote for others (Chaka Khan, The Bangles, Cyndi Lauper, Alicia Keys, Stevie Nicks, MC Hammer for starters) and his legacy is 30 years of people wanting to sound like him, want to be him, and no one ever came close. And now no one ever will.

These days everything seems a facsimile of something else, but he didn’t sound like anyone, and no one sounded like him. He turned rock starts onto r’n’b and r’n’b artists onto funk, to soul, to anything he laid his hands to. His music knew no boundaries. And his style and his overt sexuality scared the shit out of middle America, and it captivated everyone else. I remember seeing his album covers when I was a kid, and it was as if he’d landed from another planet. Sometimes it felt like he had. He made kids from all backgrounds realise that they could make something of themselves, and he gave his time and money to causes that mattered, with little fanfare and publicity, and he had no qualms making those statements when it had the most exposure (search for his speech at the Grammys when he chose to support Black Lives Matter).

His output may have waned in quality in recent times, but when you have Prince, Controversy, Sign ‘O’ The Times, 1999, Lovesexy, Graffitti Bridge, Purple Rain, and many more to fall back on, you have a little leeway. He played right to the end, touring relentlessly over his entire career, with 21 famous nights at the O2 (then straight to the Indigo2 to do another show afterwards), then so many secret gigs in the last few years, even having a party at his legendary Paisley Park home last weekend. He famously said that he would make a song every day for the rest of his life. One can only imagine the size of the unreleased vaults, and the quality, but then for a man that was so private and had such control over his legacy, perhaps his epitaph will be just that: no Tupac-style re-releases. It would have him smiling down one last time, but with a back catalogue like that who needs bootlegs and secret albums?

Perhaps, like Bowie, he was ill. Stories flickered around the internet lately, but of course, no one really knew. Perhaps that tsunami of live shows of late was his raging against the dying of the light. We may never know. Even his piano tour was sold out, with no one, of course, realising it was his last. You rarely get to go out on your own terms, but it would be very Prince to be able to dictate even that. He changed his name, his style, he gave his music away in a newspaper and it was never anything less than simply what he wanted to do.

I’m no diehard fan. But nor do I claim to be. My twin brother Dave got me into him in our teens. I remember him playing Sign ‘O’ The Times relentlessly when we were at school, and while I listened and took it in, he was a full-on worshipper. But then you can’t help, as a child of the 80s, to have just been part of Prince’s world. He was everywhere: on MTV, in the cinema, on the radio, this huge, larger than life force of nature, making these amazing videos, that were barely concealing (or not at all much of the time) their sexuality. As a teenager in the late 80s, it felt like we were in on the secret as he sung Cream, Gett Off, Kiss, and so many more. He seemed everywhere, talking directly to his fans in the most colourful ways.

Much later in life, as I started playing records here and there, Prince pretty much popped up at the most fun and memorable times: I’ve dropped him at many of my best friends’ weddings (Controversy is the clear winner here), I’ve danced to many classics at Bugged Out to bring in each new year, and playing on the radio for the last two years he pops up regularly. You can’t refuse dancing to his Funkness. You never could. His music was powerful and above all it made you feel good. That’s a legacy as bright as any.

Hearing he’s gone, following so soon after Bowie, feels all of a sudden like we’ve got a big gap for genius left in the world now. It’s cliched and trite to say there will never be anyone else like him. So much feels like recycling these days in popular culture, but no one could ever sound like Prince did. This is the man that once stepped onstage with James Brown and Michael Jackson, played guitar then took his jacket off and danced, and everyone else just looked like second best. With everything so accessible now, the mystique that stayed with him all his life feels quaint and unusual, like a throwback to a more innocent time, but he was anything but innocent.

He’s probably busy covering Changes with Bowie right now, with God still sitting with his mouth open reading the back of the Lovesexy gatefold. It would be just what he’d wanted and just what we’d expect. It’s pretty hard to find someone that doesn’t like a single Prince record, because he crossed every boundary there was to cross. And that’s probably the most fitting epitaph of all.

Rest In Peace, Purple one.